The Word Is Not The Thing

Developer:
Mavenmob
Based in Canada

The Word Is Not The Thing is an experimental indie game. It's a game not so much about jumping and shooting as it is about players observing their own emotional connection to words and playing with those emotions, seeing if they use words to escape from a feeling.

It’s a unique game of exploration and discovery through the human condition. It attempts to use our emotional connection to words as a mechanic in itself. Designed with a minimalist approach to its graphics, there are no faces. Emotions are driven through the words themselves.

It's meant to be played within 45 to 60 minutes, short enough to fit comfortably into the day. Players interact with their environment, paintings and other characters through a story that unfolds over 3 days and five locations: the home, the commute, the office, nature, and the self.

In The Word Is Not The Thing, emotionality is the difficulty; the words get harder to deal with depending on the player's emotional connection to any given word. Players choose to go inside themselves and go up against their core fear, which acts as the final boss.

The Word Is Not The Thing also features a dark atmospheric synthwave-inspired soundtrack and a narrative designed to build up to stronger emotional words with each player having a different emotional connection to certain words. It also has simple controls, with only left, right and action buttons.

Designed to help shift the differentiating features of games to include ideas and depth of what they go into and since games are especially good at communicating relationships, The Word Is Not The Thing explores fear, our relationship to words, the emotional effect they have on us, and what happens when we understand that the word is never the thing.

A player removing a word and in turn observing the emotional effect in themselves is difficult to do with any other medium outside of video games. The players are the ones using their emotional connection to words to bring out a feeling so that they may go into it and see what happens when they understand that the word is never the thing. By doing so they are seeing what happens when they no longer escape from that feeling with yet another word. They are doing that for themselves, actually, not just talking about it, or having someone insist that they do it. One can't remove words from a book and see the effect of doing so. In a movie, they can see words being removed, but the viewer isn't the one doing the action. In a song, words do get removed, but again, the listener isn't the one deciding when that happens.

The Word Is Not The Thing is a video game inspired by J. Krishnamurti's message:

"where there is fear there is no love. The problem is to comprehend fear, not how to get rid of fear. If you merely want to get rid of fear, then take a pill which will tranquilize you, and go to sleep. There are innumerable forms of escape from fear; but if you escape, run away, fear will follow you everlastingly. To be fundamentally free of fear, you must understand this process of naming, and realize that the word is never the thing. The mind must be capable of separating the word from the feeling, and must not let the word interfere with direct perception of the feeling, which is the fact. When you have gone so far, penetrated so deeply, you will discover there is buried in the unconscious the fundamental cause of fear. And again, if you avoid it. if you escape from it, saying it is too fearful, if you do not go into it without giving it a name, you will never go beyond it. The mind has to come face to face with the fact of complete inward loneliness, and not allow itself to do anything about that fact. That extraordinary thing called fear is the very essence of the self, the 'me', with its web of words in which the mind is caught. Only when the mind is capable of going beyond that ultimate loneliness, is there freedom - the absolute freedom from fear. And only then will you find out for yourself what is reality, that immeasurable energy which has no beginning and no end."

Aren't you using words to explain all this?
You're not rejecting the word. You're only seeing its effect. You're seeing if the word gets in the way of directly feeling.

What's the point to be free of fear? Isn't 'being free of fear' just a trick of the mind? Isn't the fear still there?
I don't know. Go into it. Find out for yourself if it is. Is there something to fear if you don't fear it at all? If you understand how you escape, not try to be free of fear by doing something, but by seeing how you yourself operate and the effect of the word on that fear, seeing that and not doing something about it, is freedom.

What's the point of removing the word?
You're not just removing the word, you are understanding that the word is never the thing. What's the point of that? If you understand, truly understand, with your heart and your mind, then you are free of whatever the word binds you to and can feel freely. And if you are willing to go into things, if you are free to feel, then you can move past that feeling and let it run its course. And then you can be free of this fear. Then something new, fresh, can come about.

Aren't video games an escape?
Instead of explaining or getting into that, just ask yourself if they are an escape for you. Are you using video games to escape? Find out. Go into it. When you play games your actions are choices. Games can be useful as a mirror to reflect the functioning of your own mind. It's not an escape when you feel all the emotions.

What does any of this have to do with awakening intelligence?
It's not that you press a button and awaken intelligence. It's not just a matter of saying you get it. It's when you actually take the action of separating the word from the feeling, allowing yourself to discover what happens when you don't let the word interfere with the direct perception of the feeling. Not rejecting the word, or suppressing it, but seeing its effect. Not running away with explanations, or with another set of words. Seeing that escape. And doing nothing about it. It's only then that intelligence begins to awaken. When you actually do that, intelligence sees and that intelligence is freedom in action, not all this talk about awakening intelligence. 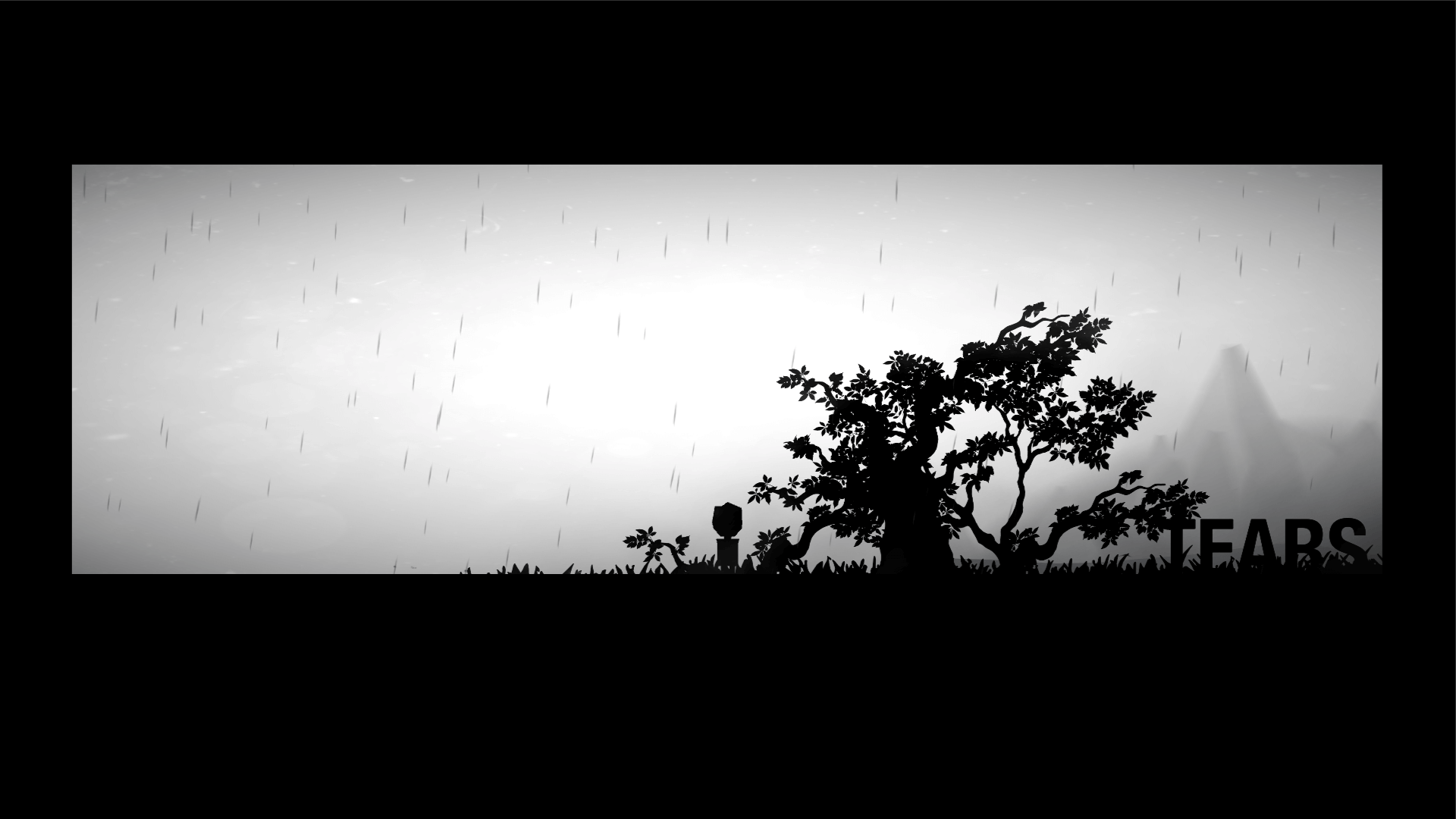 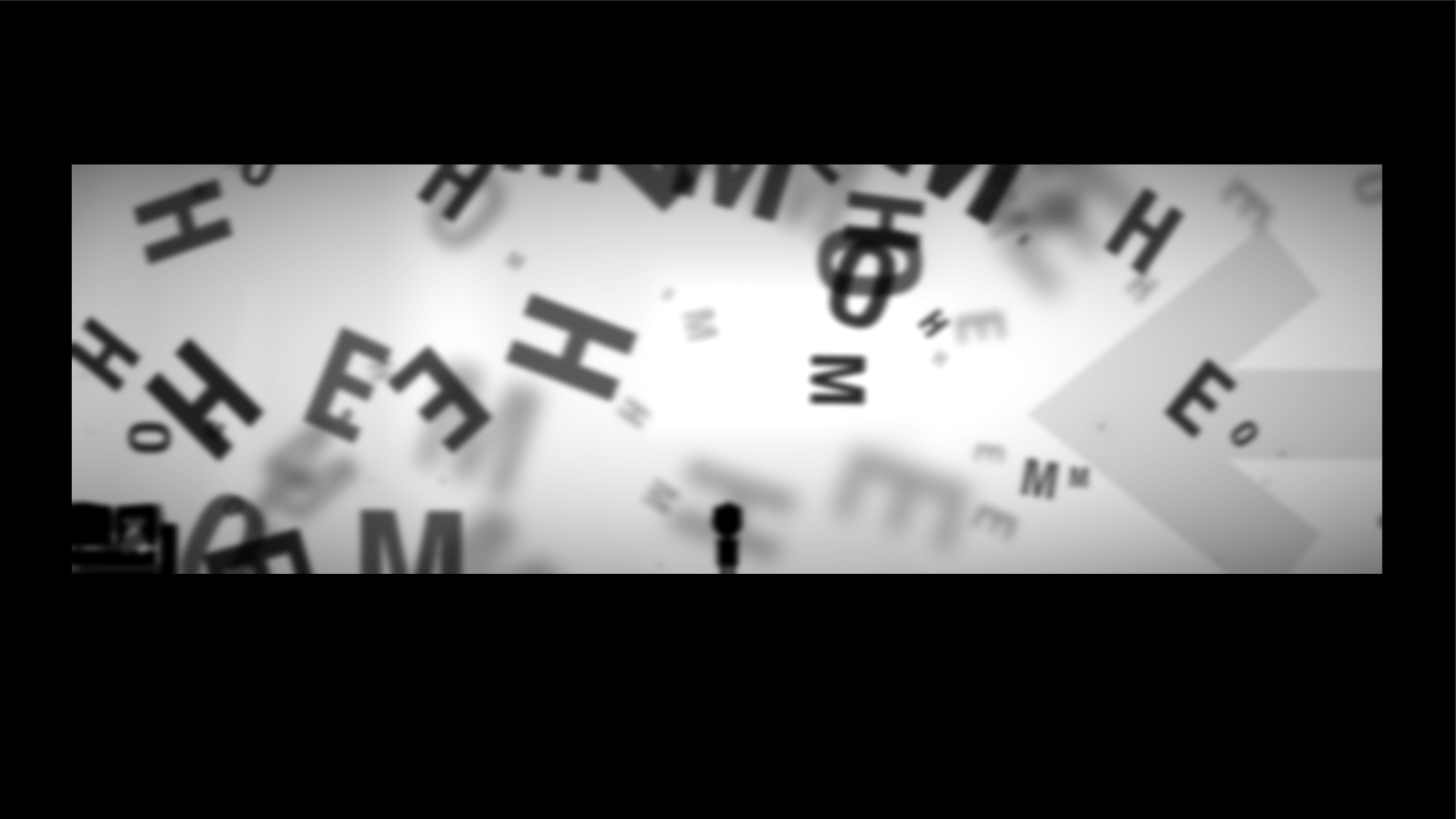 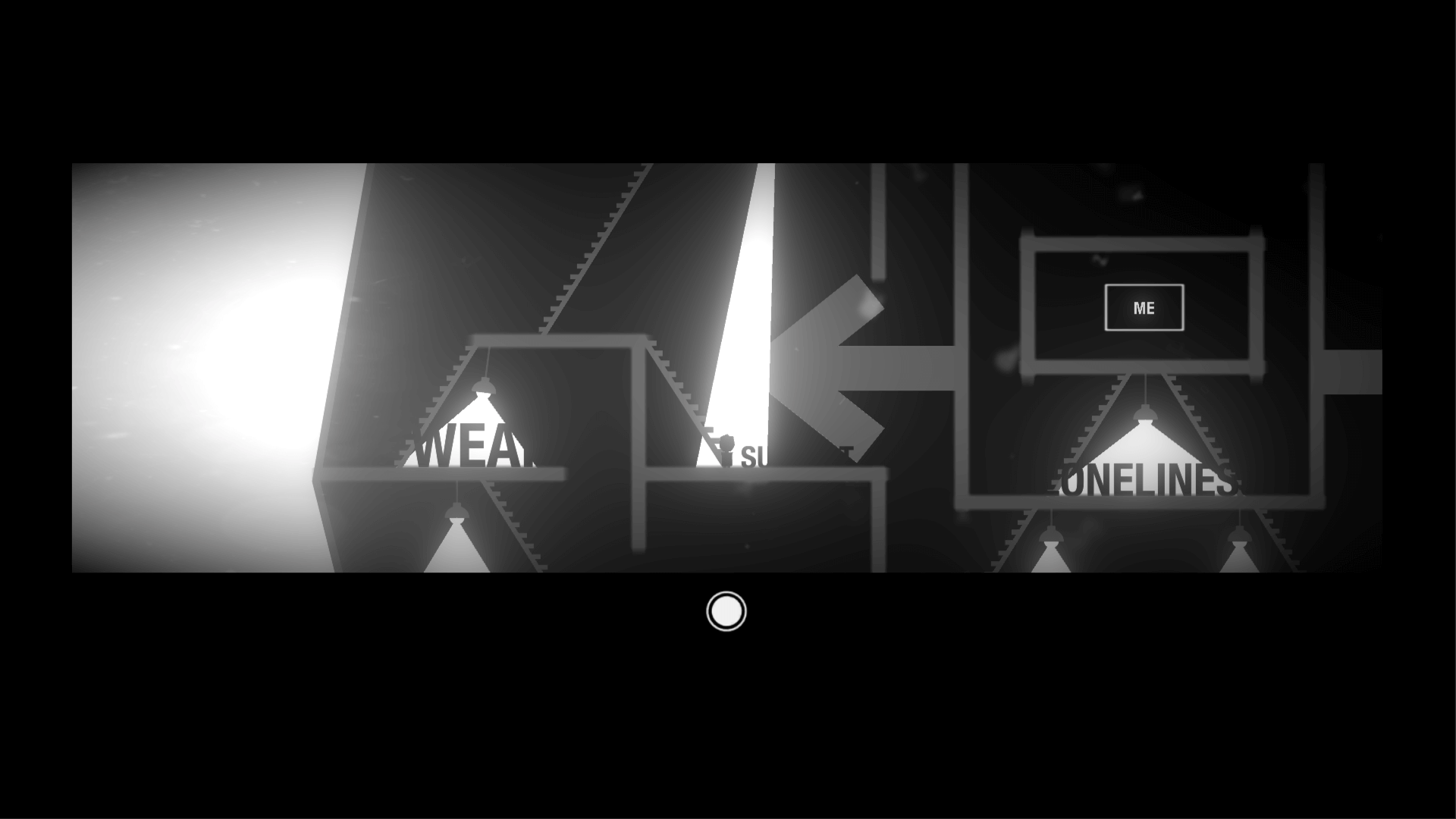 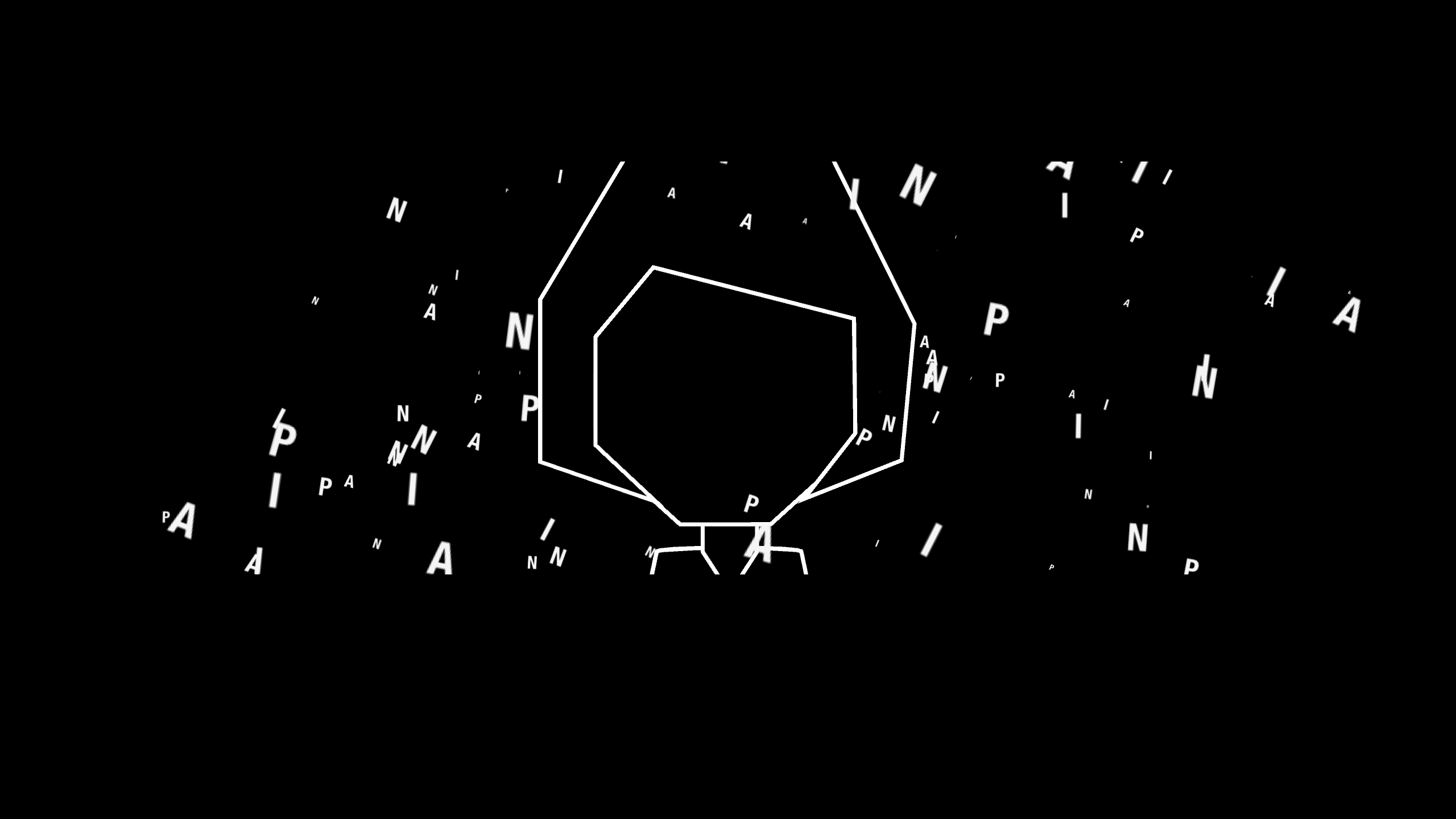 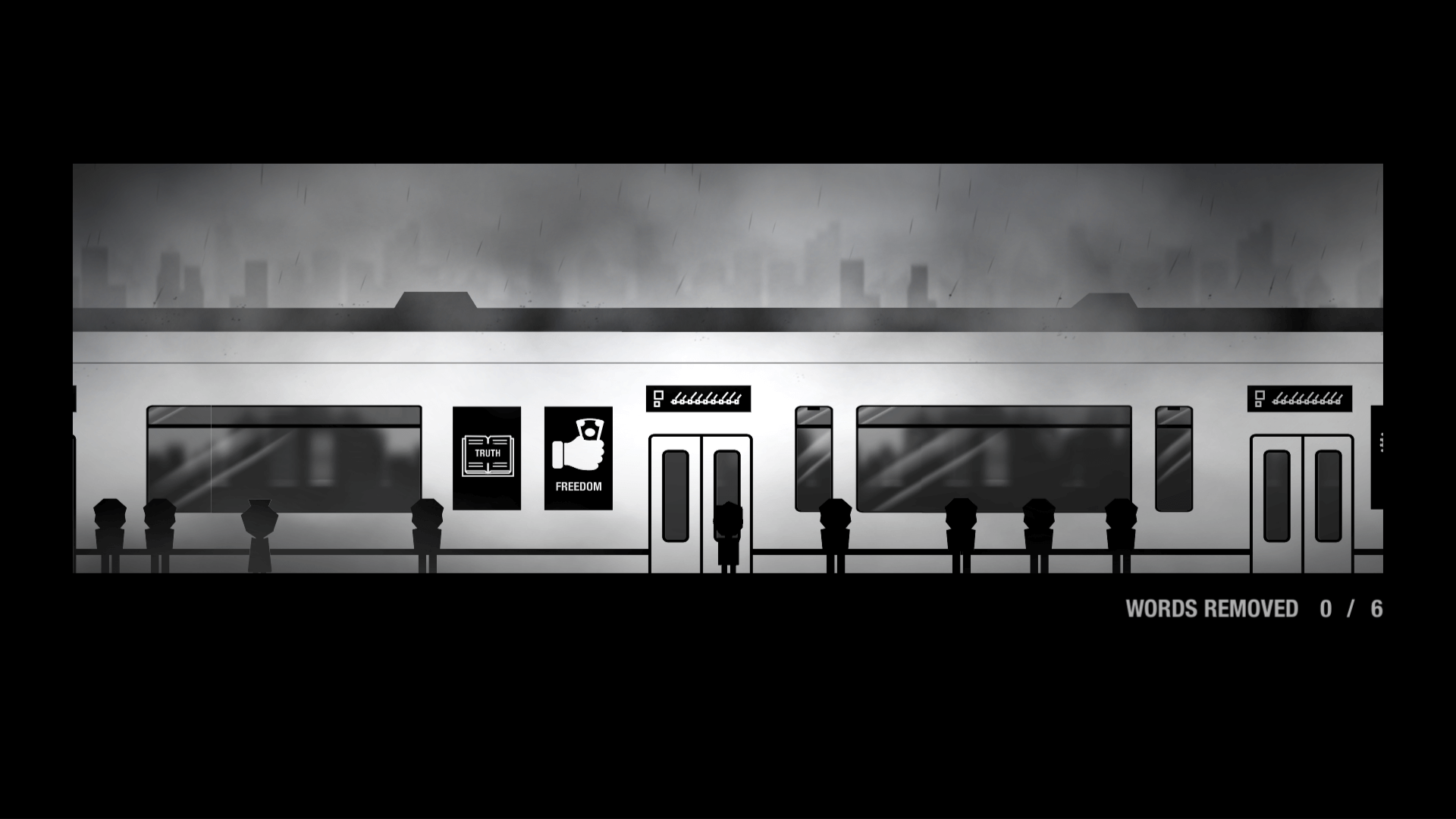 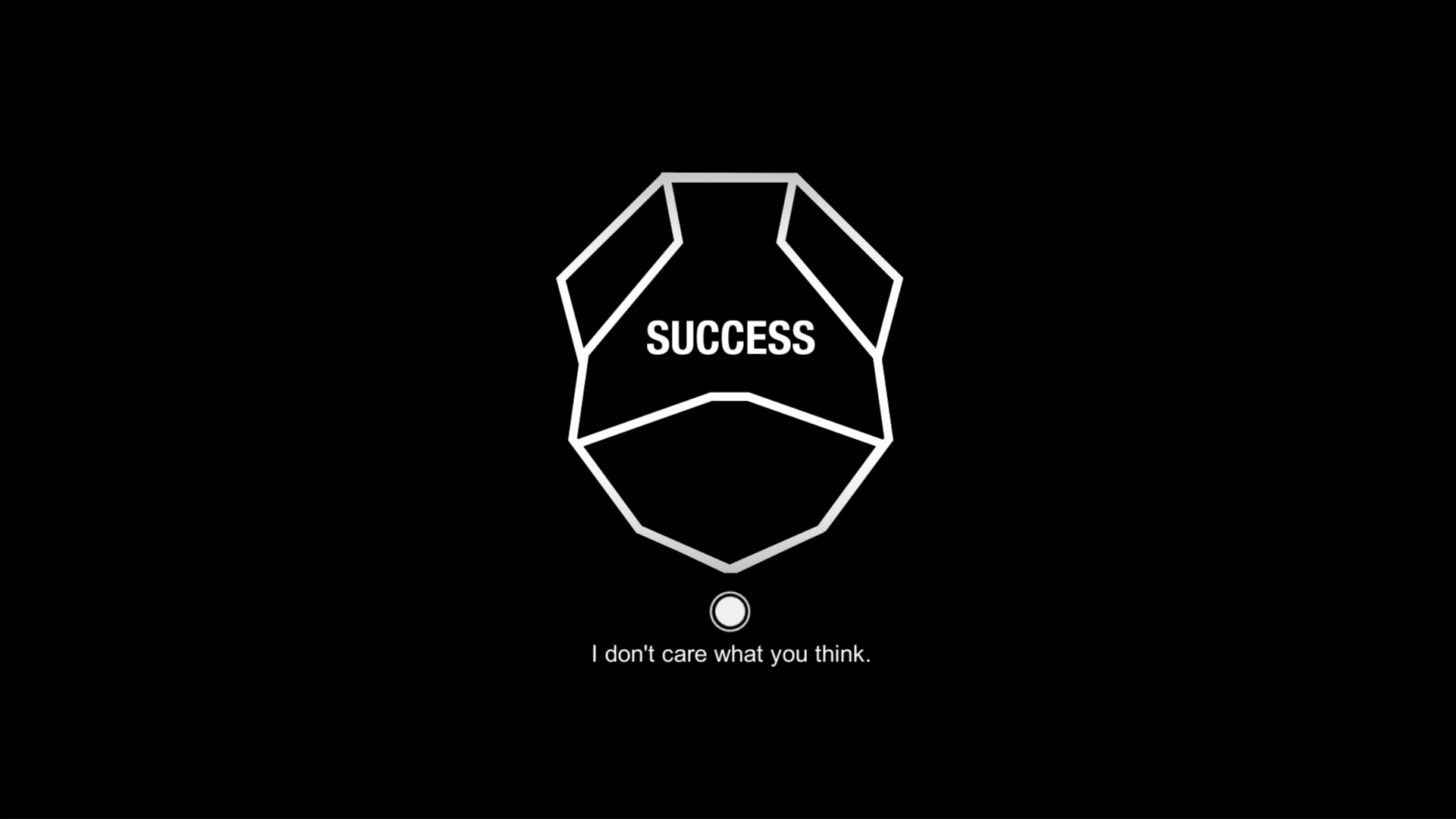 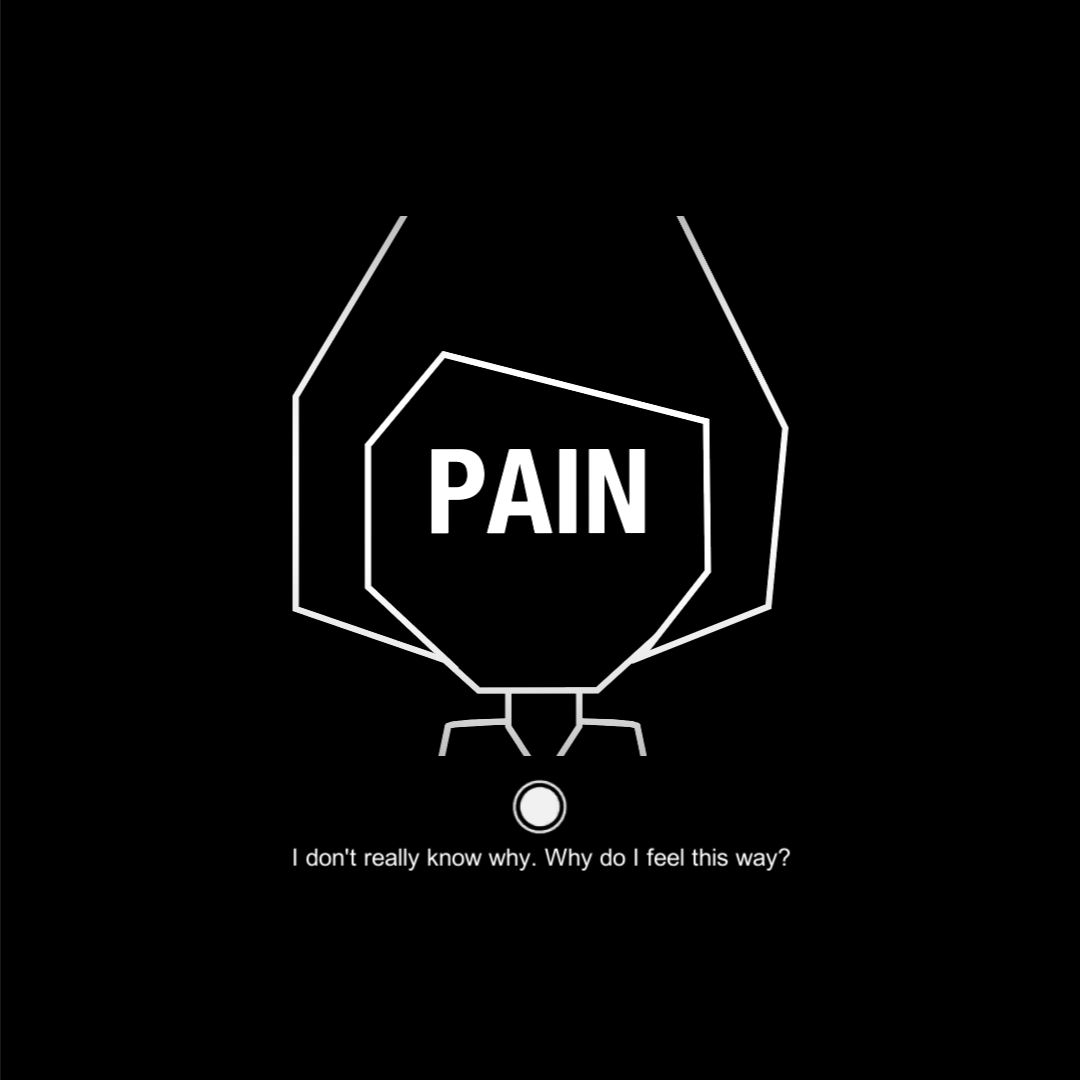 Please contact us for additional images or specific requests. Thanks!

Development Blog
Read through related insights and quotes that came up during development here.

Mavenmob is the work of Jaiyan Khosa, a game developer who creates games for going into things like love, death, fear, time, thought, security, comparison, ambition, belief, attachment, pleasure, pain, sorrow, and authority. Overall, his games are inspired by J. Krishnamurti's message and are all about awakening intelligence in fun, interactive and meaningful ways.

The Word Is Not The Thing Credits